Found this article in my son’s Reading folder. It essentially talks about how ‘God’ should be removed from the Pledge of Allegiance because not everyone believes in a God. It also suggests that students should not be obligated to say the Pledge of Allegiance in schools because doing so is a violation of our constitutional right to free speech. However, in the reasons given, it pushes the “woke” narrative that our nation does not have and never has had “liberty and justice for all.” It cites examples from history such as slavery, racial discrimination, Native American treatment and women’s voting rights violations – all periods in U.S. history that we have recognized and have overcome. Even though these events happened many years ago, the Left continues to perpetuate the notion that we are still living in an oppressed society. This kind of material teaches kids to believe in a reality that doesn’t actually exist between Americans in our current culture. In addition, this kind of false narrative forced on children is what brews the angry, unhinged, indoctrinated lunatics that we see rioting and committing violent acts in the streets.

The Pledge of Allegiance: Violating Our Rights 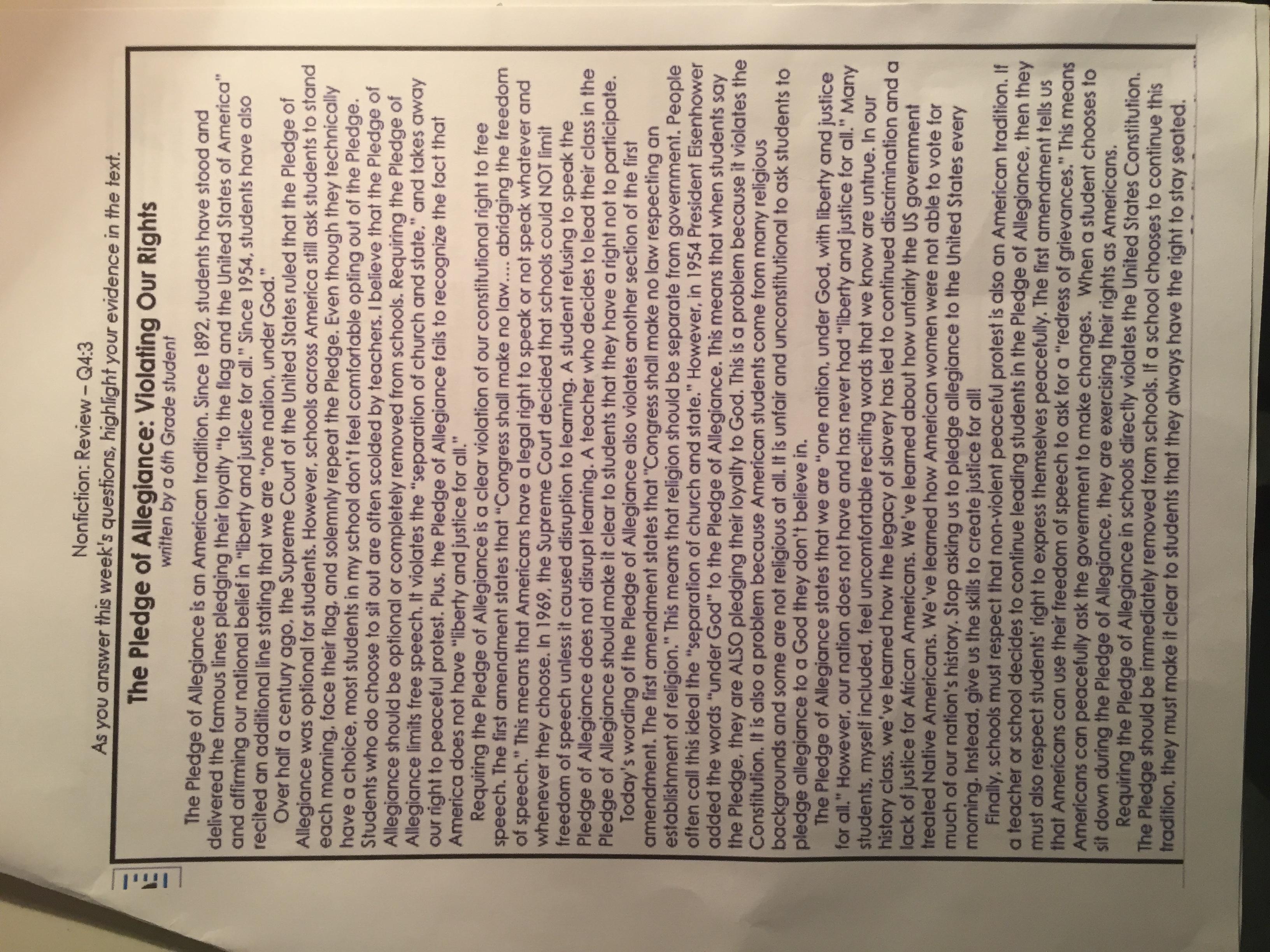