The screenshots and narrative was given to me by a parent while her son was in school and 3 times in that morning, October 7, 2020, his teachers brought up BLM in class. There was a policy in Osseo School District 279 in MN, that teachers were not to promote ideology in the classroom and topics like this could only be discussed if it was student led. But after the George Floyd incident, the school board approved a resolution that basically opened the door to anything being discussed on the lines of race and making kids of color feel better.
The mom shared the video that her son had to watch, she also shared screenshots of the questions that were discussed, I can send those too. She also shared a text message from her son that she asked what are they saying and he said they are saying everyone is racist. I can share those with you too. The family found the school environment so toxic that they couldn't share the info publicly while still here, but now they have moved out of state, to a red state and gave me permission to share this info. I haven't posted her screenshots publicly yet, as we just got done hosting a big conference and still wrapping up details from that. I work with the Child Protection League in Minnesota, our mission is to fight indoctrination, exploitation and violence against children and educate those who wish to protect children. Our website is cplaction.com

Largest teachers union in MN promotes racist and divisive resources for teachers.
8th grader in Osseo School District, BLM was brought up 3 times by his teachers throughout the morning in his classes. 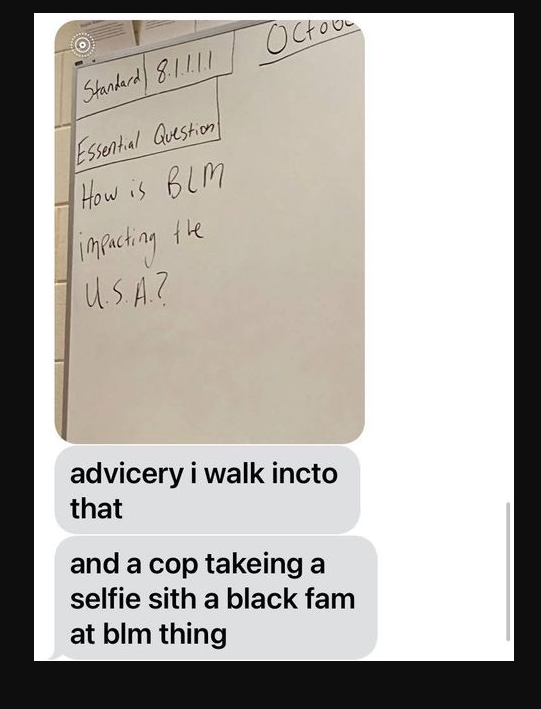