Of course the lives of black people matter. But the ideology of BLM goes well beyond that simple truism. Holt schools seem to be promoting the group’s ideology (with all its CRT division, anarchy (raised fists), and racial shaming). They would do better to build unity and common humanity among students of all races, abilities, socioeconomic backgrounds, and etc.

Dr Martin Luther King, Jr, gave his life for unity among people together. Brotherhood. Respect for all. Individual value and accountability. I assume Holt means well by using the phrase Black Lives Matter, but it’s not appropriate to espouse and promote violent politically divisive ideologies and activism in a public school district.

I think MLK would be disappointed. I’m reporting this so Holt Schools can do better for all students. 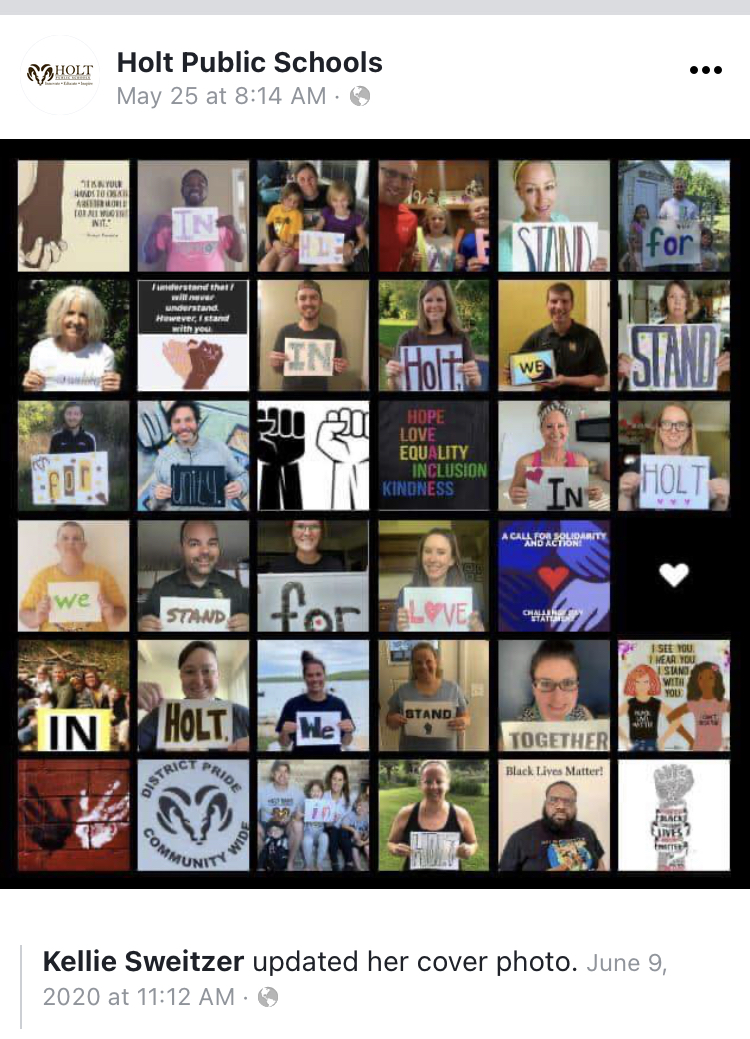