6th graders told they are part of 'subordinate' culture, taught to identify 'microagressions' like "I don't see color"

September 17th the children had to read excerpts from the book titled, "This book is anti-racist" in class. Some of the things they read included:

"Anti-racism is actively working against racism. It is making a commitment to resisting unjust laws, policies and racist attitudes. Anti-racism is how we get free from centuries of living in a racialized society that keeps us separate and oppressed."

"The dominant culture is the group of people in a society who hold the most power and are often in the majority."

"This box includes what we call the "dominant culture". If you are white, upper middle class, cisgender male, educated, athletic, neurotypical, and/or able bodied, you are in this box. If you are not in this box, you are considered to be part of what's called the "subordinate culture." Folx included in the "subordinate culture" include Black, Brown, Indigenous People of Color of the Global Majority, queer, transgender, and nonbinary folx, Buddhist, atheist, and non-Christian folx, neurodiverse folx, folx living with disabilities, those living in poverty, and more."

October 1st the children were given a lesson on microaggressions. They were told to match a list of microaggressions with their hidden meanings. The list included the following:

To a woman of color, "I would have never guessed that you were a scientist."
Raising your voice or speaking slowly when addressing a blind student.
In class, an instructor tends to call on male students more frequently than female ones.
Use the pronoun "he" to refer to all people.
"You're a girl. You don't have to be good at math."
"When I look at you, I don't see color."
Police stop a Latino male driver for no apparent reason but to subtly check his driver's license to determine immigration status. 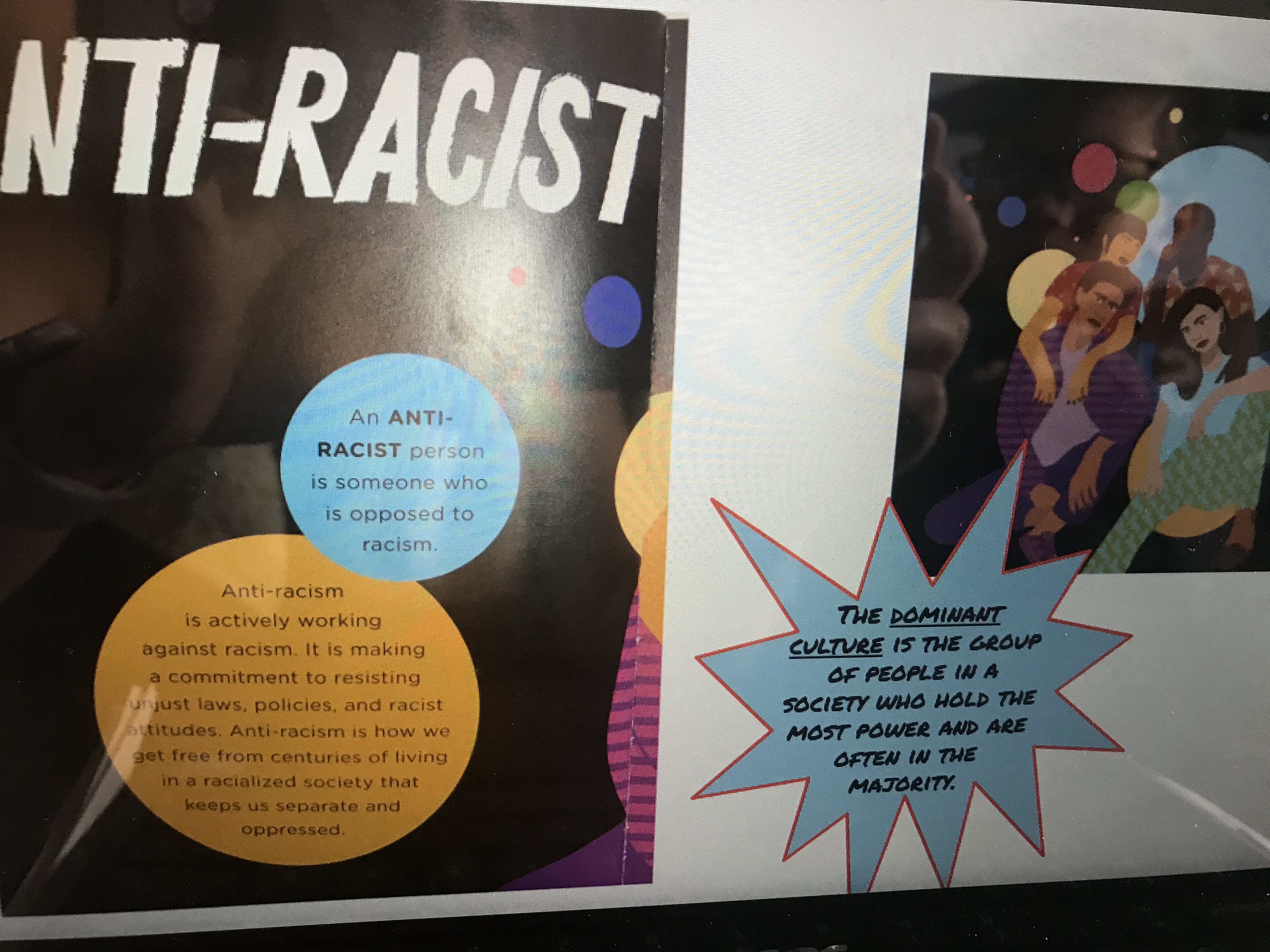 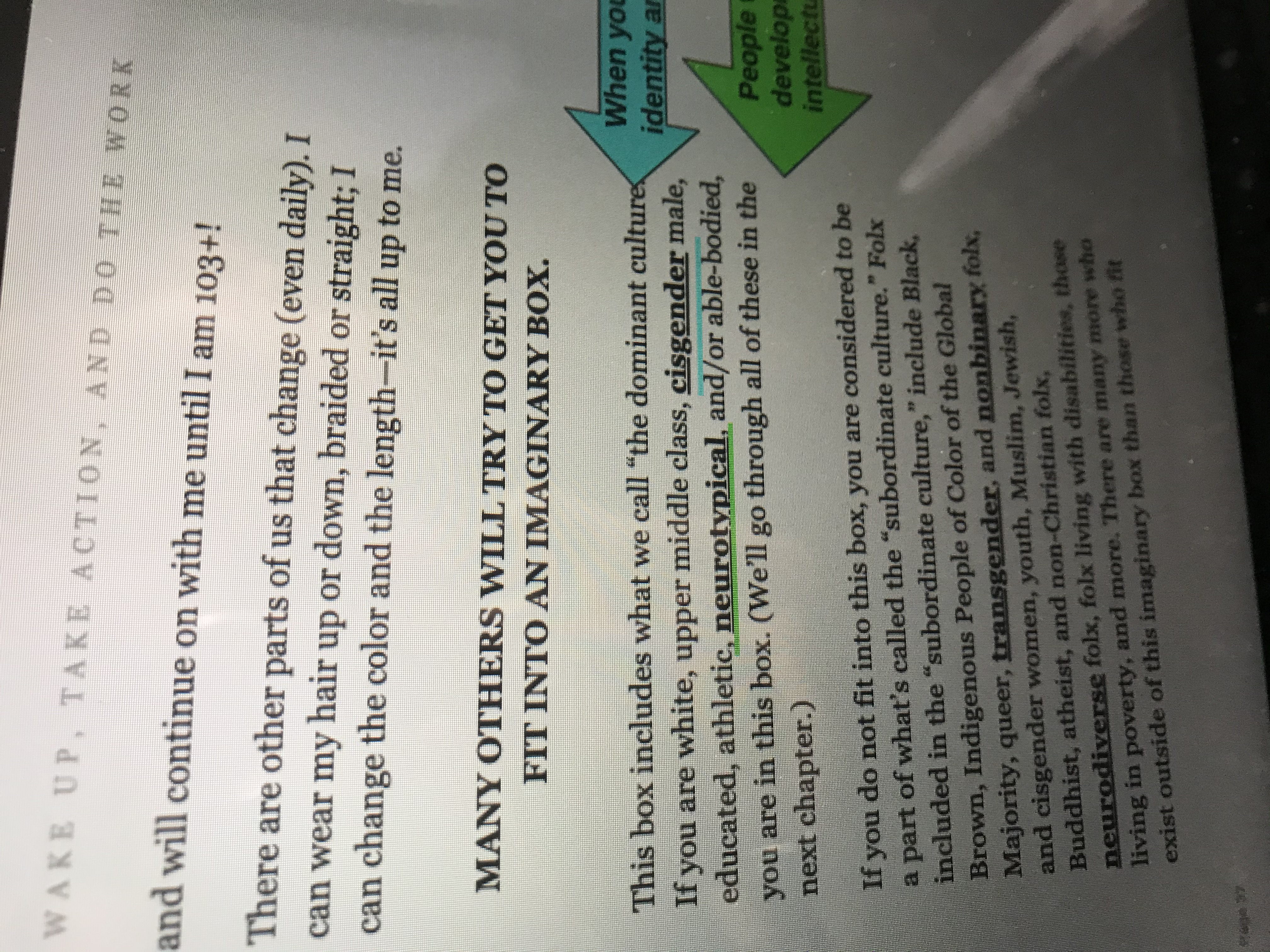 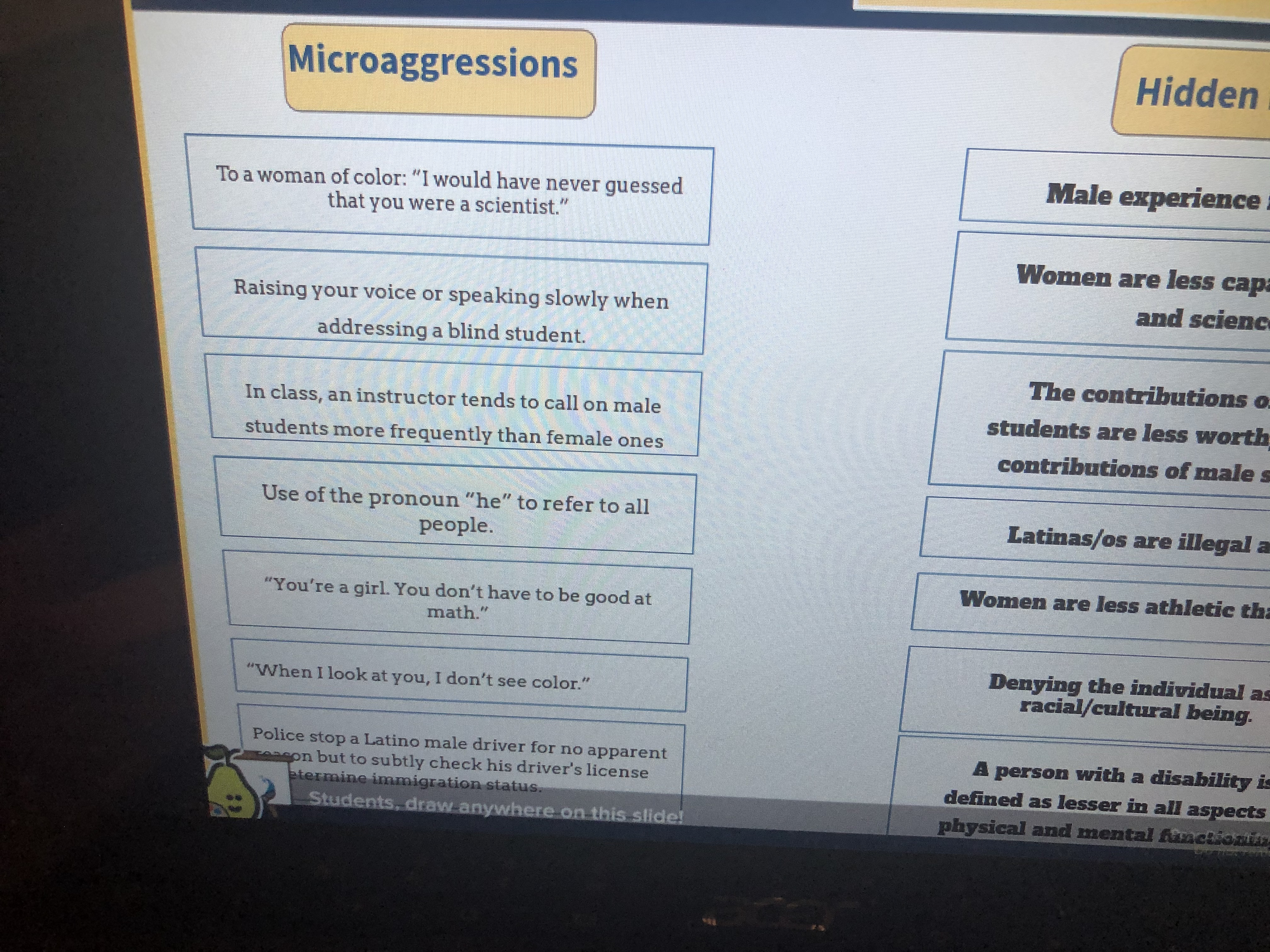